I’ve worked on some video games with Infamous Quests (previously known as Infamous Adventures). I mainly work on point and click adventure games in the style of classic Sierra and Lucasarts adventure games. 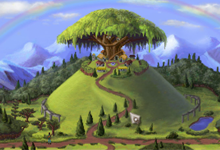 Order of the Thorne
Order of the Thorne is an upcoming fantasy point and click anthology series featuring characters and stories set within the land of Uir. Our heroes and heroines will all embark on their own special quest that will eventually send them all on the same path to glory and retribution.
Released: 2016 | Infamous Quests 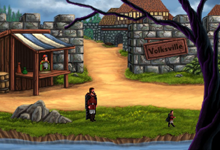 Quest for Infamy
Quest For Infamy is a classic point and click adventure game, in which you assume the identity of ‘Mister Roehm’ a man trying to start over after running away from a shady past. Welcome to the little town of Volksville only to discover there is so much more going on in the valley than meets the eye!
Released: 2014 | Infamous Quests 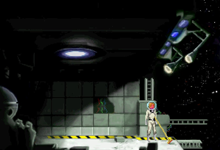 Space Quest II Remake
Space Quest II is a faithful point and click remake of the classic 1988 adventure game by Sierra Online. Once again, it’s up to Roger to save the day, this time by stopping Vohaul’s evil plan: to eradicate sentient life from Xenon by launching millions of cloned insurance salesmen at the planet.
Released: 2011 | Infamous Adventures 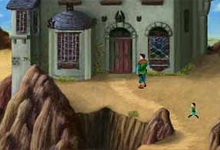