So last weekend, myself along with my MA Scriptwriting classmates and tutors departed to Gregynog Hall, a large country mansion in the old county Montgomeryshire, Mid Wales. It was a writing weekend, an opportunity to receive group feedback on our first drafts (which in my case is my TV series Lemonhead) and use that feedback to start rewriting it into something… well better! As for the location, I had read up a bit about it and it looked like a beautiful, secluded getaway which would be ideal for writing and brain storming, as well as collaborating with my fellow writers, some of whom I may not see for a long time unfortunately. Though let’s not get into that right now. As we departed to Gregynog with our suitcases in the back and Primal Scream blaring in the front we began our two hour journey to our fabled destination. 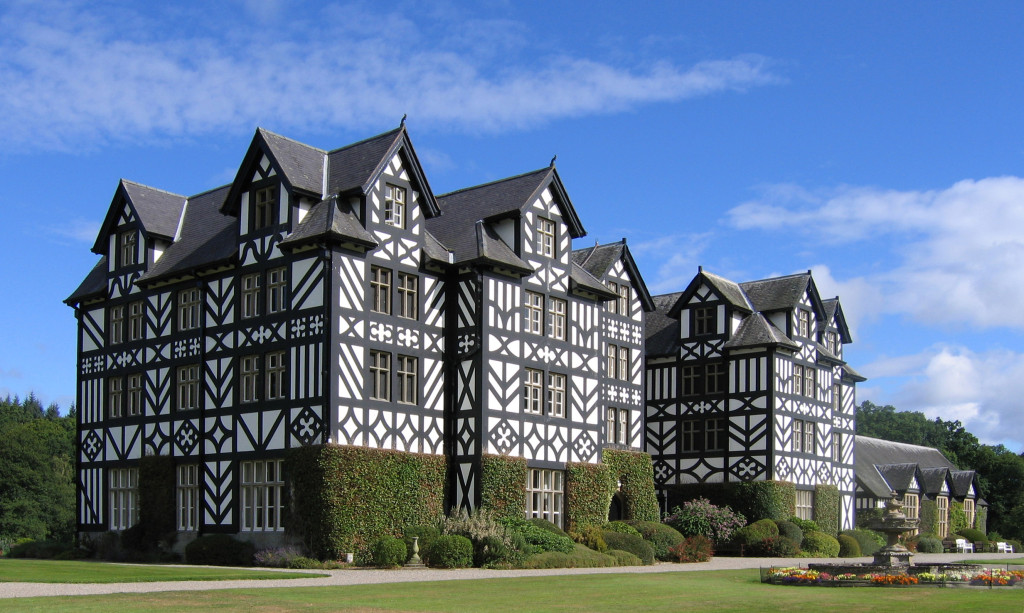 Gregynog Halls – the exterior shot that everyone will probably use on their blog.

Two hours later we heard a slightly robotic voice informing us all that we had reached our destination. The sat nav had seen better days but it helped us arrive and when we did we found that we were the first few there. Eventually Stapes and Wyn arrived and more people began showing up until we almost had a full house. Wyn was our tour guide for the morning, teaching us the history of the halls and going into detail of each room with much enthusiasm and knowledge, it was very educational. If Wyn ever wanted a side job from the writing he should seriously consider being a tour guide or events management. Although what was more interesting was that we had learnt that our accommodation for the next couple of nights just happened to be featured on Living TV’s Most Haunted. Brilliant, we’re in a secluded location with no phone signal and we’re surrounded by angry ghosts. This is how cliché horror films begin. But I digress, we were here for more than a lovely history lesson and once we got our room keys and had some grub the weekend began with lessons in scriptwriting software, First Draft and developing our slate. Both very informative and important lessons with the latter giving us the opportunity to work on how we would present ourselves as writers and to get a mind catalogue of any potential scripts we could possibly write in the future. I can’t just retire with Lemonhead, can I? The first day ticked a lot of boxes for me, not only was it entertaining and educational but it was also successful as our team won the evening Pub Quiz! Hooray! We celebrated by having a right old knees up on Processo and beer. Thanks to the rest of the team and to Frank who did a great job organising it. Just a shame we didn’t get that all important video game round. As the evening progressed, there was much fun to be had and I was in great company. It was nice getting to know my classmates more and the night ended on a high!

The morning, however certainly began on a low. Self inflicted of course. Methinks I celebrated my pub quiz a bit too strongly. Ah well, nothing a fry up and a few coffees can’t fix. I had to be focused today as we were going to be in our groups and collaborating with each other on our final major scripts. This was going to be where we read our scripts out aloud, with different people in the group cast as different characters and receiving insight and feedback from our peers. This was exciting but incredibly nerve racking at the same time. Writing a comedy, there’s nothing worse than your jokes and comical situations falling flat. For all I care the story can be awful, just laugh at the funny bits and you’ll make my day. Anyway, this wasn’t about me this was about all of us and working together on finding the right direction and drive for each other’s story so we can leave the room feeling confident and assured. We started out with Sam, a part-timer on our course who had a very good script but the reality was Sam didn’t want to do serious drama, he wanted to do comedy and it was this moment where he realised what he wanted to do. In my opinion I feel its better to write something you’re passionate about than to pretend or experiment on something you’re not so comfortable with. Some of us face drama every day, but we like stick the tele on and watch something funny to lighten our moods and this is what Sam wants to do.

After his little epiphany we moved onwards to me and my hands were tingling, my heart was beating and my palms were sweating like a cheap kettle. I wasn’t sure if it was anxiety or the hangover causing that but hearing my script read out for the first time was creating strange sensations. I picked out my cast members and began to hear my characters come to life. I had never done a script read read out like this before, I had held auditions and turned short scripts into films but this was a different experience for me as this was the moment where I was going to find out if my script was any good or if it needed a lot of work. Thankfully, and ideally it went very well. The drama was noted, the funny bits were laughed at and people liked it! Of course I had feedback which was more about my central character, Jamie who needed his goals expressed in more detail. There were other things which I had noted in a large document but the most important thing that I got from the session was I knew what I needed to do and I had the excitement and tenacity to do it. Even though I took some paracetamol for my headache I think this cleared my head more than any pill could do. 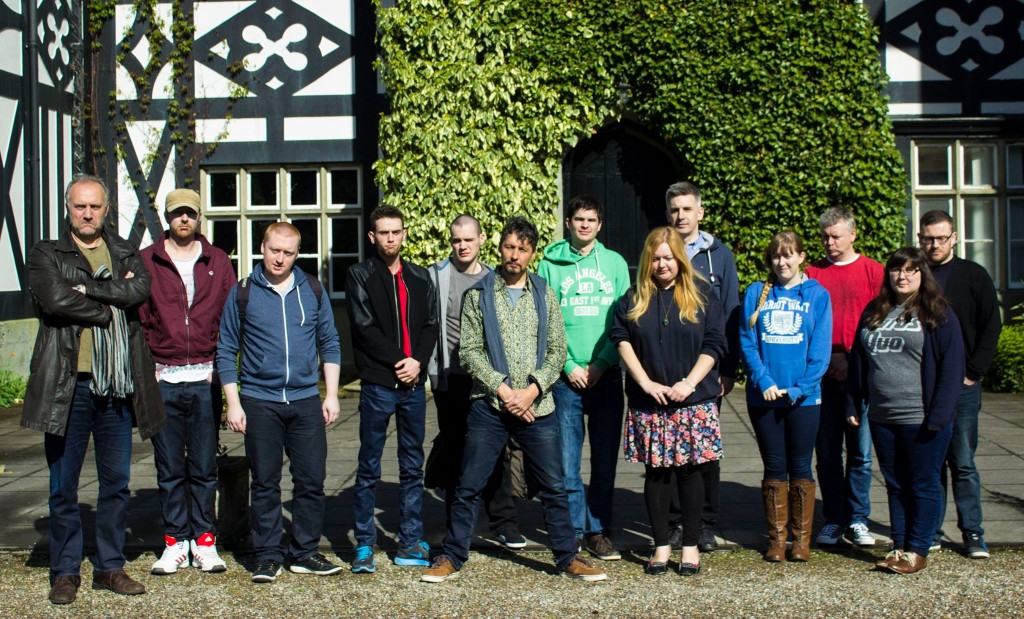 I was ready to burst out that door and start re-writing my script but that would have been rude as we had more scripts to read. We read out Chris’ script which was a well written drama about a young man who refused to let his parents split up and tried what he could to keep them together. It felt very real reading out aloud, so much intact it was even suggested from Clare that maybe this could work as a radio play. Much to Chris’ delight he really liked the idea and I believe this is what he intends to do now. In the end everyone left the session with a clear goal in their head and not one person felt confused or upset about it. This was apparent with the other group’s sessions too I believe though I can only really speak for my own. I was very confident with Lemonhead and everyone’s feedback and comments made my day and had me thinking about the future. When evening fell we had a much more relaxed vibe and even played a few cards games. I was really enjoying this weekend away – Gregynog Halls had stunning architecture, excellent food and beautiful grounds. Grounds that I hadn’t actually explored yet which was my full intention on the Sunday. As I woke up the indication for today was quite clear, to go out, get some inspiration and to write. I decided now would be the best opportunity to explore the grounds and to clear my mind. I even took some lovely pictures with my awful Smartphone camera. 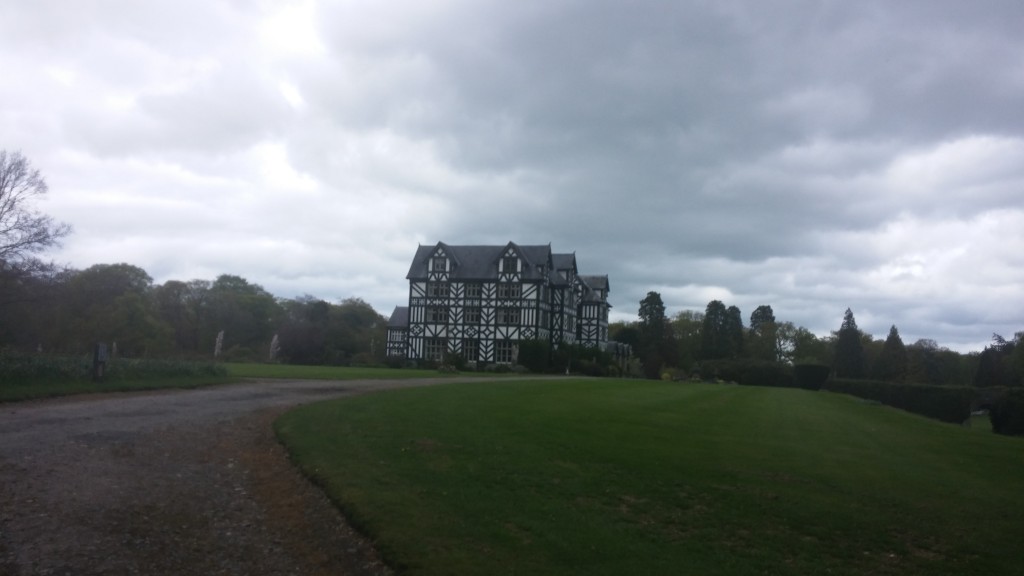 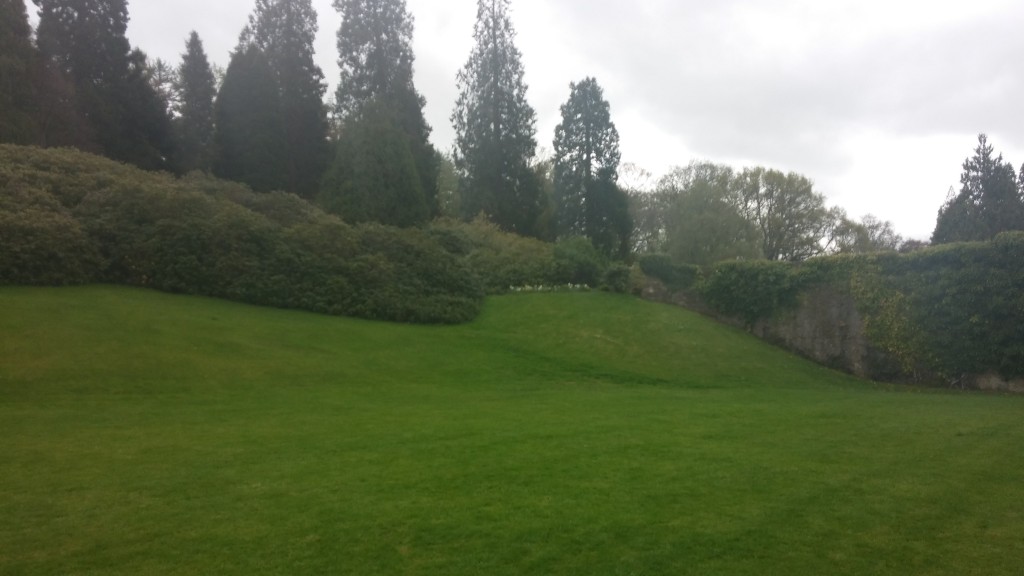 Lovely views and scenery – shame about the weather.

So as evening fell and the final day of Gregnog was coming to a close I had gotten some fantastic things from this weekend. I got inspiration, awesome memories and an assured future that writing screenplays is pretty much the thing I want to do. Yes, I want to also make video games and I can do both probably or at different stages of my life but overall it comes under one category and that’s creativity. I want to create a world for people to experience whether it is a world through the eyes of a film protagonist or a 3D world you can interact with however you want. I want to make a career out of my imagination and Gregynog certainly propelled me to doing that. 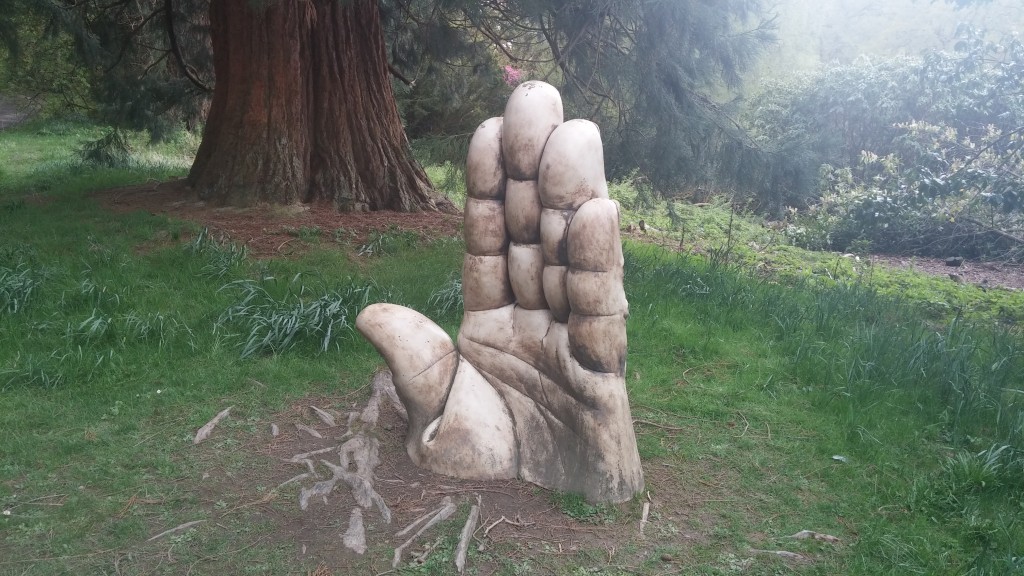 “Farewell James.” the hand said as it waved goodbye.

Thanks for making it this far and if you ever want peace, seclusion and giant hands made out of rock in the ground than I insist you visit Gregynog. I had a great time with likeminded people and it makes me sad that our time together is coming to an end soon. We still have a few more lessons as well as a graduation but when we do get to that final farewell at the end of our writer’s journey, all I can say is “We’ll always have Gregynog.”

* by winning I mean winning the pub quiz, nothing to do with Charlie Sheen’s weird phase.